El Yunque National Forest, formerly known as the Luquillo National Forest and the Caribbean National Forest, is a forest located in northeastern Puerto Rico. It is the only tropical rainforest in the United States National Forest System. The forest is commonly known as El Yunque, which may be attributed to either a Spanish approximation of the aboriginal Taíno word yu-ke, which means “white lands,” or the word “anvil,” which is Yunque in Spanish. The second-tallest mountain within El Yunque is also named El Yunque. El Yunque National Rainforest is located on the slopes of the Sierra de Luquillo mountains, encompassing 28,000 acres of land, making it the largest block of public land in Puerto Rico. El Toro, the highest mountain peak in the forest, rises 3,494 ft above sea level. Ample rainfall (over 200 inches a year in some areas) creates a jungle-like setting — lush foliage, crags, waterfalls, and rivers are a prevalent sight. The forest has several trails from which the jungle-like territory’s flora and fauna can be appreciated. El Yunque is also renowned for its unique Taíno petroglyphs.

Bring your rain sleeve, tripod, and neutral density filters. There is a lot of moving waters here to get some excellent long exposure with the milky waters. Stay at Luquillo Sunrise Beach Inn and also do sunrise photography on the beach!! 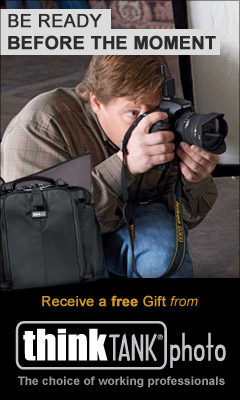 There are a gift shop and a visitor center to go to before you head into the forest. You can get a map, watch a movie and get all of your questions answered. It is $4.00 to enter.

There will be some stops along the way for food. Check out our food section below for some info.

Visitors Center – You can watch a movie here.

The gift shop has some neat things.

A short distance up the steps and you come to this very interesting location.

Stay here when visiting El Yunque National Forest. Do some local beach photography and have a great breakfast. It is right on the beach, and you can also do night photography while staying here. It’s a perfect location. It is very clean, fabulous service and we highly recommend it.

Lens:  Bring your wide-angle. We didn’t see much wildlife at all at this location.

When to Go: Any time of year. It is a tourist location, so midweek is best off season. Summer can be sweltering of course.

Shutter Speed – Find out more about how to shoot in shutter priority. This is used mostly for moving subjects when you need to avoid motion blur.

Aperture – Shooting in aperture priority allows you to focus on your depth of field. It is mostly used for still subjects.

ISO – This controls how much light is let into your camera when exposing your picture.

We foud it to be the best place with the best rates and great service!

“It has a great location for photography of the sunrise on the beach, El Yunque National Forest, and local culture.” We also did some night photography in front of the Inn.  We really cannot say enough great things about it. We had the cottage in the back—Oceanfront hotel with easy access to bio-bays, ferries, rain-forest, and local food kiosks. The open terrace overlooking the Luquillo Beach hosts free-hot-breakfast and a hammock for relaxation. You can walk down to the nearby beach for snorkeling or drive down to nearby kiosks for local delicacies.

Entrance Fees: El Yunque National Forest – There are no entrance fees to the park. If you would like to visit the visitors center there is a $4.00 fee to enter.

We stopped here while at El Yunque National Forest. No one acknowledged us. No one looked us in the eye. No one cared that we were starving. No one helped us, so we left. It is also expensive. This is right next to the parking lot for the main waterfall trail.

Do Not Go Here.

Area Weather: Click here to see what the weather is.